DARPA, which stands for Defense Advanced Research Projects Agency, is working on creating a computerized-implantable chip or “brain-computer interface system”, as stated by Mr. Alvelda, NESD (Neural Engineering System Design) program manager (DARPA, 2016) NESD is the program that is responsible for the research. The idea of this chip is to translate the neurons in our brains into ones and zeros and vice versa. This will assist medical research as well. DARPA has been around since 1958 and its job it to conduct technological research for national security and that includes the military. Are we on the path to real life cyborgs on Earth, in particular our soldiers? If you research this topic on your own, you’ll find several articles that state just that, cyborg soldiers. Will it ever happen, who knows? And how far will scientists, researchers, and medical professionals go with this brain-computer interface system? Who will be the guinea pigs for such an experiment? Who will get them implanted after they are deemed successful and why?

I find this topic to be rather interesting especially because I am a veteran myself and the idea of having cyborg soldiers or cyborg humans period leaves me with a feeling that is pretty much unexplainable. I say this because technology is created and used to make our lives better, easier, quicker, and the list goes on about the good it can bring. The problem is that there is always the bad, too. What will be the good things that come out of a brain-computer interface system and what could be the bad? If a computer will be able to translate electrochemical information from our brains, what exactly will it be able to understand – our every thought? I don’t think anyone wants anyone to know their EVERY thought. This project is part of Obama’s Brain Initiative and is set to conduct research over the next four years, so we shall see what comes of it. What do you think about the implantable brain chip? Good or no good? Leave us a comment and check out the links below.

You asked for it! Now it’s here!

Today Facebook released new emojis that allows users to express their reactions beyond the universal thumbs-up. Over 1.5 billion users will now be able to show their thoughts and feelings with these emojis: like, love, haha, wow, sad, or angry (USAToday, 2016). This is great for when the “like” button just isn’t appropriate, like when someone has lost a loved one, is depressed, or stressed. We type out all of our emotions all the time, but now simply sending an emoji makes it much easier, faster, and more fun. It creates a simpler and quick way for those on the go who don’t have the time to type how happy or ecstatic we are on a friend’s post. Facebook has once again found a way to make our lives easier with the new emojis.

I had to try the feature out for myself and I

Let us know how much you

Photo: Facebook.com
For more information about the new Facebook emojis, check out the link below:
FB Emoji Reactions

It is Saturday morning in Kampala, Uganda.  Barbra Namirembe, the newly installed President of the new ACM-W chapter in Uganda, addresses her chapter members who are meeting in a dining hall at Stawa University before embarking into a van, which was provided, in part, by ACM-W’s donation.  “Ladies and gentlemen,” she opens her remarks, “we’re honored to be part of a worldwide computer movement revolutionizing computer education to women.  From what I have gathered, there are many chapters like ours meeting and strategizing how to best serve women’s computer education needs.”  During this meeting, which lasts for one hour, Barbara and her cabinet discuss the projects at hand, including sets of objectives for each village and how certificates can be awarded to women who fully go through the training.  One of the projects currently incorporated in ACM-W in Uganda is the Netiva Women in Science Institute (NWISI) at Stawa University.    NWISI conducts mobile classrooms for women in rural Uganda.   However, since the formation of ACM-W Uganda chapter, NWISI has literally been married/merged with ACM-W.  After the ACM-W meeting this Saturday morning, some of the members will arm themselves with laptops and invade rural communities to teach women basic and, for some, advanced computer skills.

Joseph, one of the few students at Stawa University who has a driver’s license, has been driving the teaching team for months now.  Joseph is probably the only student in the world who got an academic scholarship for having a driver’s license.  Since the formation of ACM-W, Barbra and her team approached the Provost of Stawa University and requested for an academic scholarship for Joseph in exchange for his services of driving ACM-W and NWISI participants to places they need to be to carry out ACM-W objectives.   For Joseph, however, he must be careful as the streets of Kampala can make driving tough and getting out of the city challenging, the least of which not being weekend markets that see throngs of people selling and buying merchandize too close to the road, where people and goods sometimes spill into the middle of the streets, thereby literally shutting down traffic for a while.

After leaving Kampala, the van takes the South Sudan Highway heading northwards.  After an hour on this nicely paved highway, thanks to the World Bank and IMF loans to Uganda, the van turns left on a rural, unpaved road that takes students through a series of rural trading centers, marshlands, banana plantations, valleys and hills, and, eventually, they reach Kiryamuli village where classes are regularly conducted.

This Saturday, however, owing to the high demand for these mobile classes by rural women, the class has been shifted from happening under a mango tree situated in Maama Zamu’s front yard, a very nice, peaceful place to a rural, spacious Tarkuwa Mosque, which the local imam, in conjunction with the local chiefs, have offered to ACM-W for use.  The mosque is a step up from the mango tree, for, here, participants are offered real seats, a nice shelter in the event of rain or sunshine, and a spacious indoor environment.

Once inside the mosque, ACM-W teachers unzip their backpacks and pull out the 3 Dell computers that ACM-W (USA) purchased for this mobile classroom project earlier this year.  Accordingly, the women are divided into four groups, one for each laptop, and the fourth group takes a rudimentary reading and writing class.  The mosque also comes with a blackboard; for this, Barbra is beside herself with jubilation: “Now the women can practice writing letters and sentences on the board, something we couldn’t afford for them before,” she tells the village Chief, who had negotiated for the mosque to be made available.

Teaching adults computers is not easy, by any stretch of imagination.  “A four year old would be much easier to teach than a thirty five year old”, Peter, the only male volunteer on the team, tells Barbra.  In each of the three groups learning computer, women, at first, seem terrified by the computer, even though this is not their first attendance in the mobile classroom.  In one group, when asked to type something, a woman moves her index finger so slowly, as if she is preparing to touch something really hot.   In another group, one freezes, as if she just won’t touch any key today at all, although, with constant encouragement from these dedicated teachers, all the women get to learn how to turn on the computer, touch the key board, practice some exercises, and eventually move to a promising level of computer use.

Today ACM-W chapter will leave one computer in the village, under the care of Maama Zamu, who is one of the most dedicated and excited rural student, so that other women can use it during the week to improve their skills.  Rural women often have free time between 1:00 pm and 4:00 pm, after working the fields, fetching water on their heads and cooking a meal, to take extra time with the computer.  The chapter is in search of additional computers, with an initial goal of increasing the number to 25 laptops.  Now they only have 3 for a group of about 70 women.

As the sun sets in the west, goats and sheep bleating audibly, students pack the computers, bid farewell to the villagers, who sit still as if to say teach us some more, and enter the van for a ride back to Kampala, where each one will arrive at home or their school hostel after dark.

A new programming language is upon us…..Swift and it is open-sourced. Brought to us by Apple, Inc., the company is working to make this language compatible with different operating systems, so that it can be used on different types of devices or machines. Objective-C coders may take interest in this language. Interested developers can visit GitHub and check the repositories for more information. Also, check out Apple’s website and Wired for more information! Happy coding! 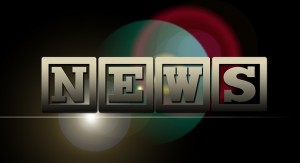 Welcome to the newly redesigned Capella ACM TechNews blog. As you can see the Capella ACM web development team has made several changes to the website and one of those changes is implementing a new blog format. The intent of this blog is to keep our readers connected with the Capella ACM chapter as well as staying informed about the exciting and ever-changing world of information technology and computing machinery. Each blog post is authored by the Capella ACM web development team members Shontelle Flowers and Cierra Ortiz. We are very excited excited about the new blog and it is our sincere hope our readers use this blog as a valuable resource for their academic and professional needs. We look forward to your feedback regarding the new and improved Capella ACM TechNews blog. You can submit your feedback by going to ‘Take Me to The Survey’ link, which will be posted to our newly designed website at http://capella.acm.org very soon.

Please take a moment to explore our new website and be sure to check back regularly for new blog posts. We will be adding new blog posts weekly so be sure to visit us every Tuesday for TechNews. You can expect to see blog posts discussing topics ranging from Social Media, the latest Technology Advancements, IT career development and other IT-related topics. .

Once again, please complete our IT blog survey. Your opinions matter to us and we want to hear from you! We strongly encourage you to complete the survey so we can ensure that the content of our blogs are meeting the needs of our readers. If there are topics of interest to you that you would like to see on the Capella ACM blog, please feel free to send us an email at .

On behalf of the Capella ACM Web Development team, we welcome you to the Capella ACM TechNews blog. We look forward to providing you with insightful blog topics that align with your personal and professional interests in to information technology.